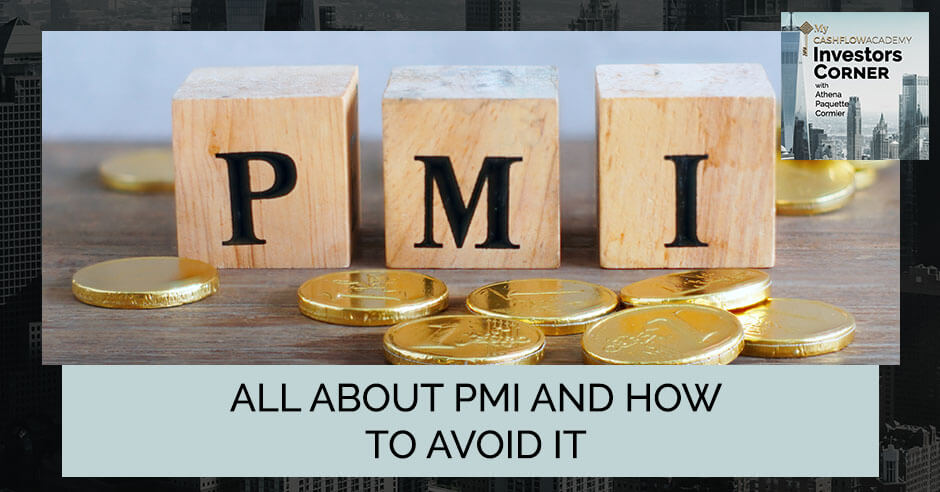 Do you have a PMI – Private Mortgage Insurance – on your loan? Are you comfortable with paying it or do you want alternative ways to do so? If your answer to the latter is yes, then this episode is for you. On today’s show, Athena Paquette Cormier defines what PMI is and where it’s from. She also discusses the three ways you can avoid paying it. If you’re getting a loan for a house and can give less than 20%, be sure to pay attention to the useful tips you’re surely about to learn.

Listen to the podcast here:

All About PMI And How To Avoid It

This episode is about PMI. Why you have to pay it, how to avoid it, and how to avoid the monthly fee. PMI is private mortgage insurance. Lenders who are giving you a conventional loan will require this insurance on loans where there is less than 20% down. It covers them, not you, in case of default on the loan. If you don’t pay the mortgage payment and then they have to foreclose, the insurance company will pay them for their losses up to a certain amount. It may be 13%, 25%, 30% of the mortgage balance. The coverage depends on the amount of your down payment and also the risk that you represent as a borrower. Maybe you have a little FICO or have an adjustable-rate instead of a fixed rate or the property type. They’ll charge more if it’s a condo versus a house.

Depending on all those variables, the premium could be higher or lower. The premium of the insurance is usually a percentage of the loan amount divided by twelve to be included in the mortgage payment. It’s always included in the mortgage payment. The lower the down payment or credit score, the higher the risk, and therefore the higher the premium. This premium can also decline over time as you gain equity. For example, if you buy a home for $600,000 and you put 10% down, your loan amount would be $540,000. The PMI would be approximately $160 per month on top of the mortgages, principal interest taxes, and insurance. This is in addition to all that.

Some people say, “Athena, I don’t want to pay PMI. It’s a waste of money. I shouldn’t have to pay for it. There’s no tax deduction.” I agree with all that but this is your way to pay to play. In other words, you’re paying to transfer the risk to an insurance company so that you don’t have to wait longer to save more down payment and maybe the whole market would pass you by. Imagine if you’d bought with a small down payment and paid PMI in 2011 versus 2015, 2016, or 2020. My answer is that this the price of entry to get into a home with a small down payment or less than 20% down. In our market here in California, 20% down could be $100,000, $150,000, or $200,000. It’s definitely worth getting in sooner.

What’s the alternative to PMI or how can we avoid PMI? In a couple of these examples, you’re not avoiding it. You’re just finding an alternative way to pay for it. There are three ways to avoid PMI. The first way to avoid PMI and still get to put a minimum down is to wrap it into the rate. This is also called lender-paid PMI or LPMI. Instead of paying a monthly fee, you’re building into the interest rate. The bank or the lenders is charging you a higher interest rate but then no monthly fee. That means that it could be an interest deduction. Given the new tax laws, you might be over the limit. It would be an interest deduction for most people because it’s built into the mortgage interest rate and not a separate fee called a separate insurance fee.

The good news is that it’s now a tax write-off because it’s interest. The bad news is it’s permanent. If you wrap the PMI fee into your mortgage interest rate, when you build up 20% equity, the bank is not going to lower the interest rate back to what it should have been prior to wrapping intro the rate. Your mortgage payment is a 30-year fixed on that permanent interest rate. They are not going to change the interest rate just because you build 20% equity. If you think you’re getting a good deal on your house and it’s going to go up in value quickly, do you want to wrap that PMI into the interest rate? Maybe two years down the road, you could get rid of the monthly fee PMI. The lender will take that extra interest they’re making and they’re going to send it on to the PMI company.

Way number two is paying the PMI in a one-time lump sum. What we call that a single premium PMI. A lot of insurance companies like life insurance companies use the same language. As you’re learning this, you’re learning standard insurance industry wording or verbiage. The single premium PMI is where you’re paying a onetime fee in one lump sum instead of a monthly fee. That is your PMI and you never have to pay again. What does that mean? If you were to pay monthly PMI with 10% down, you would probably pay somewhere around 0.3% of the loan amount and then divide by twelve. I rounded up to $160 in the previous example. Let’s say you don’t want to pay per month, then you might opt for this option. You would pay 1.8% of the loan amount as a onetime fee.

That’s if you have a 740 credit score. As the credit score goes down, you’re a higher risk, so the premium would go up. For example, 1.8% on that $540,000 is right around $9,700. Is it worth paying $9,700 upfront instead of paying $160 per month for however long you’re going to pay it? Maybe you’ll gain equity quickly and you could have gotten rid of that monthly PMI. The other thing is that with a single premium PMI, you can wrap it into the loan. This is not necessarily cashed. You’re paying at closing. It could be wrapped into the loan amount added on top. Instead of $540,000, you’d be borrowing $549,700. That’s another way to avoid paying the monthly PMI. You’re just wrapping it in.

Way number three is probably my favorite way. It truly is no PMI. What is it? If you put 10% down, we will let you borrow the other 10% at closing. In other words, instead of one loan, you are getting two loans, two mortgages. The first mortgage is 80% of the price of the home or value of the home if you’re refinancing. That’s why there’s no PMI because you met the 20% down requirement. The second loan does carry a slightly higher interest rate. Keep that in mind as well. This borrowing the 10% down, we call that a piggyback loan. We’re giving you two loans. One is 80% of the price. The second loan is the other 10% down that you haven’t been able to save up or don’t want to save up. You don’t want to wait. Usually, the total of the piggyback loan and the first mortgage loan amount to less per month than if you were to pay PMI.

Keep in mind that mortgage interest, in general, is a tax deduction whereas PMI is not. This is a great structure also, for people who get bonuses at work or maybe you want to pay down your home quickly so you’ll use tax refunds to do this. This is a great way to build built-in refinance or savings. In our example, you’re buying a home for $600,000 and you’re putting $60,000 down. Your second or piggyback loan would be $60,000 as well and your remaining mortgage would be $540,000. Over time, if you work hard at paying off that $60,000, you’ll eventually have it be a zero balance. That payment goes away and all you have left is the $540,000. It’s a way to snowball paying off that debt, which a lot of financial advisors talk about. Snowballing payments in one direction to one debt, you pay it off, you move it over to the next one. This is a great way to accomplish that in your home.

I also wanted to mention that these were all conventional loan approaches to PMI, private mortgage insurance. There are about eight companies out there that do PMI. Some you’ve heard of, some of you have not heard of. A lot of them are in the general insurance industry. You’ll recognize a lot of those like Genworth, for example. People recognize that name because they do life insurance, annuities, long-time care insurance, and things like that. They’re a big insurance company. They also insure mortgages for conventional loans. The reason I’m bringing this up is unfortunately, FHA does not allow these variables. FHA is the Federal Housing Administration or HUD. FHA is the loan program that supervises under HUD.

Because it’s the government, they ensure that the entire loan, not just the percentage I mentioned. They ensure that the entire loan is backed by taxpayers should something be needed over at HUD. They only allow the monthly plus they also have an upfront fee. The upfront fee with FHA is 1.75%. Not bad, that’s as if you had a credit score of 740. Your credit score can be 620 or below that. The monthly mortgage insurance, MMI with FHA is 1.8% or 0.85% if you have a certain loan amount. That’s pretty steep. With FHA, you can put 3.5% down and there are some flexibilities with FHA that conventional loans don’t have. FHA does not allow the three ways to get rid of or avoid PMI but it’s a great program nonetheless.

Hopefully, this has been helpful to you to know the different ways to avoid PMI or not have to pay the monthly fee on PMI. Number one was to wrap it into your interest rate called LPMI or lender-paid PMI. Tax write-offs, but it’s permanent. Number two way was to do a single premium PMI, which is where you pay a lump sum and you’re done. You can even wrap it into the loan. There is a variation of those two called split-premium. You’re not avoiding the monthly fee. You’re just making the monthly fee lower by adding some into your loan amounts. It’s kind of a hybrid of the two. Number three was to do the piggyback loan, the truly no PMI. You do not need PMI if you can do that loan structure.

I hope you enjoyed this. Next, we’ll talk about the five financial poison pills to look for before you buy a condo. To join our mailing list if you want to be invited to our free events, educational live events, text to 444999. In the message, put your email address and the keyword MORTGAGEFUND. That’s it for this episode. Join me for Investors Corner where I’ll be interviewing Jane Euler, an attorney here in the South Bay, who will explain to us the ways to protect your assets before marriage and after marriage. Stay tuned. Thanks for joining me for Mortgage Mondays. 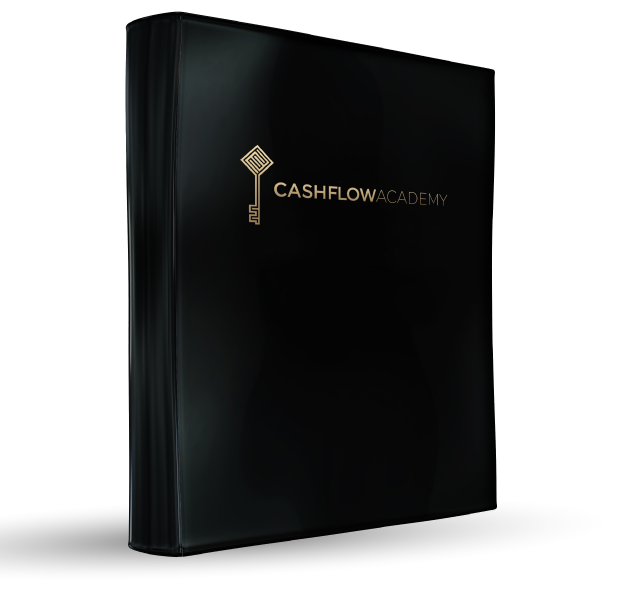